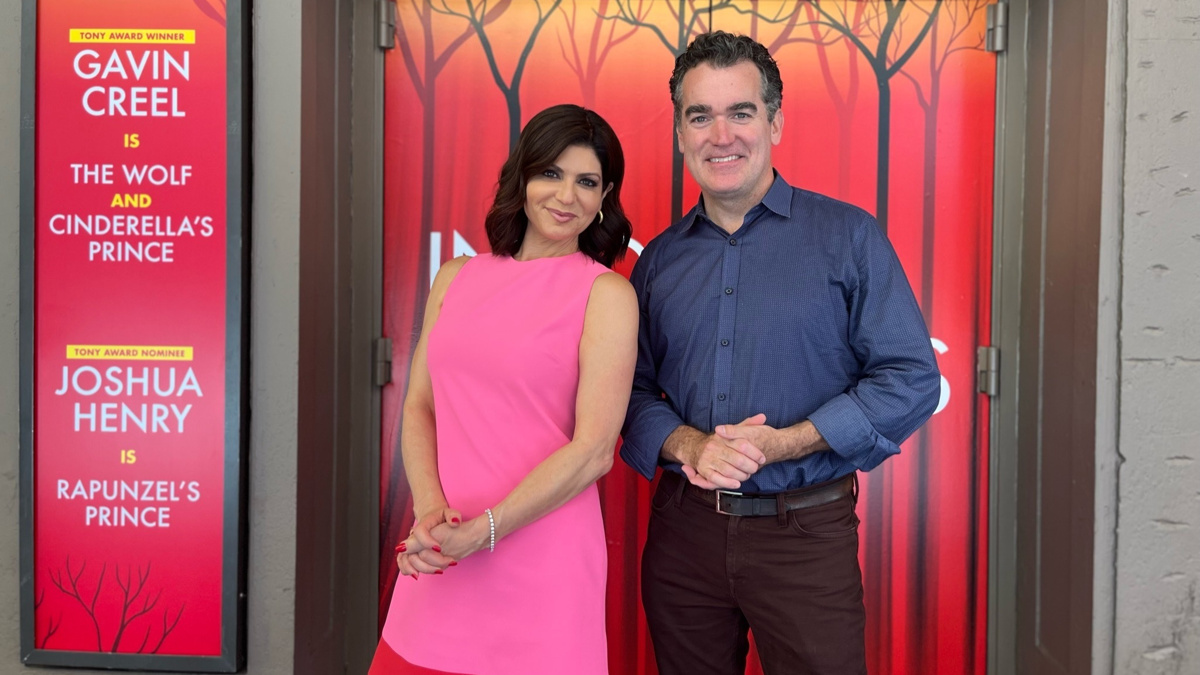 Fresh from extending its run through October 16, the Broadway revival of Into the Woods is a hot ticket. It’s far more than that for its performers, including Brian d’Arcy James, who plays The Baker. He caught up with Emmy-winning anchor Tamsen Fadal outside the St. James Theatre on The Broadway Show to talk about honoring the late Stephen Sondheim with the production and his return to the stage.

It’s been three years since d’Arcy James starred on Broadway in the Tony-winning play The Ferryman. Since then, he’s had a slew of screen projects, from playing Officer Krupke in Steven Spielberg’s West Side Story remake to the upcoming Love and Death, Where All Light Tends to Go, She Came to Me and Dear Edward. “This is my first Broadway show since COVID [shutdowns],” the three-time Tony nominee said. “It’s a profound feeling to know that I still have an opportunity to work.”

Into the Woods marks the actor’s first Sondheim show on Broadway. “We’re all absorbing his loss in this community and beyond. To be able to have the chance to give voice and embodiment to the things that he’s written is really special. We all miss him, but I think we all feel a certain sense of pride and responsibility and keeping that legacy very much alive,” he said. “This show pops up when we need it,” he continued. “It started during the AIDS crisis in the late ’80s. It came about again after 9/11, in the shadow of that. Here we are, absorbing the shock of complete societal transformation based on COVID. So, there is a certain sense of urgency and special pride in telling this story.”

Watch the interview below, and head here to check your local listings for The Broadway Show. Hosted by Fadal, it is the only nationally syndicated weekly theater news program.