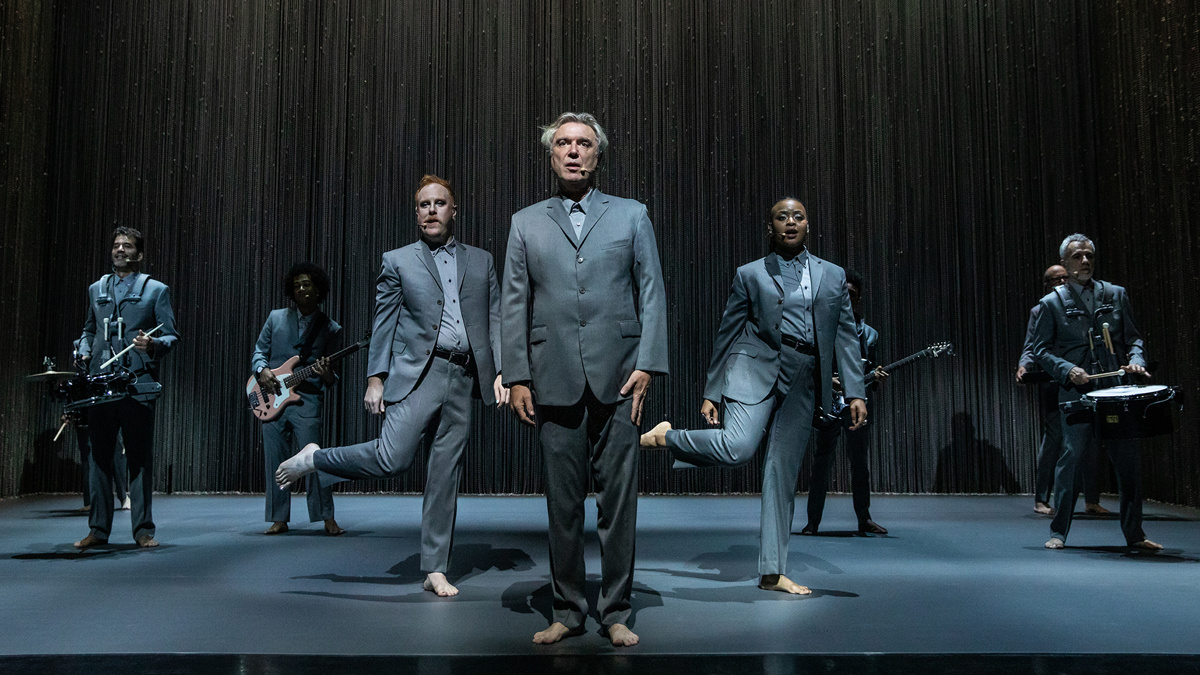 Hear from American Utopia‘s Masterful Musicians : ‘David Byrne Was Really Open to Everyone Having Input’

The October episode of the monthly series Broadway Profiles with Tamsen Fadal includes a interview with company members of David Byrne’s American Utopia, which is now streaming on HBO as a Spike Lee-directed film. Hosted by PIX11’s Emmy-winning anchor Tamsen Fadal and powered by Broadway.com, the latest episode includes an interview conducted by Broadway.com correspondent Charlie Cooper with Chris Giarmo, Angie Swan and Jacquelene Acevedo. The trio of talents talked about collaborating with Byrne on the show. “He really was just open to everyone having input in the development of the songs,” Giarmo told Cooper. “That is not only unique for an A-list celebrity like David Byrne. I think that’s unique for any lead artist at any level.” As previously reported, American Utopia is aiming to return to Broadway in the fall of 2021 at a theater to be announced. Enjoy the segment below, and be on the lookout for Broadway Profiles, the only nationally syndicated theater news program, on your local TV station.