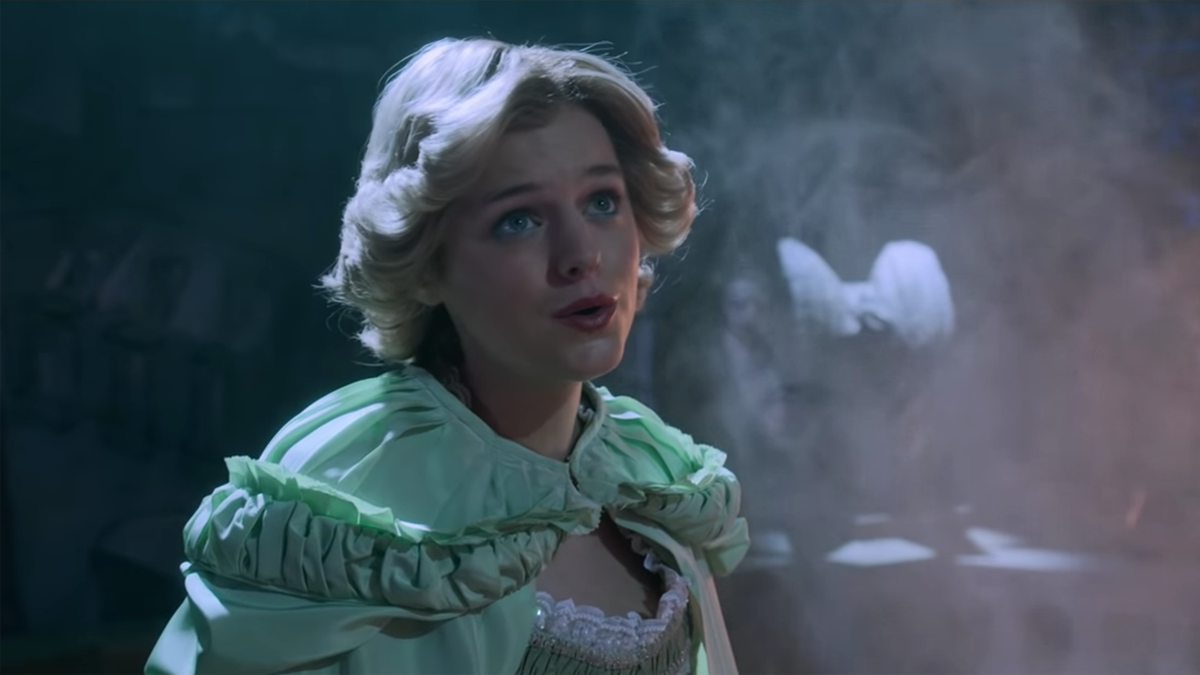 See Emma Corrin’s Full Phantom of the Opera Performance From The Crown
Fans can now watch Emma Corrin’s performance of “All I Ask of You” from The Phantom of the Opera as Princess Diana on The Crown thanks to Netflix uploading the deleted scene. Corrin, who played the royal role in the fourth season of the acclaimed series, shows off her singing abilities recreating the real-life moment when Diana recorded herself singing from the Andrew Lloyd Webber hit as an anniversary present for Prince Charles. While we only got a glimpse of her performance during the season, the full scene is now available to watch below. Corrin earned a Golden Globe for her performance and was nominated for an Emmy Award.

Wicked Names Christina Alexander New Director of Social Responsibility
Christina Alexander, who is the founder and lead consultant of Alexander Consulting Group,  has been named the new Director of Social Responsibility for the Broadway, National Tour and London productions of Wicked. The newly formed role will focus on creating and supporting a more inclusive and respectful environment on stage, backstage, in the office and in the audience, as well as developing and implementing strategic procedures related to hiring practices and anti-harassment policies. “An inclusive, thoughtful, welcoming theater is a place that I, and others in the industry, have dreamed of. For many, it has not been that place. I am honored to bring my skills, as well as knowledge and love of the industry, to Wicked—and to focus on the business of turning ideas into actions,” said Alexander in a statement. “The theater is all the things we dreamt of and more, so let’s get back to work. This isn’t easy, but it is absolutely worth it.” As previously announced, Wicked will resume Broadway performances at Broadway’s Gershwin Theatre on September 14.

Watch Stark Sands and Adrian Blake Enscoe Perform New Song From Upcoming Musical Swept Away
In this new music video, watch Stark Sands and Adrian Blake Enscoe perform a new tune from the previously announced new musical Swept Away, which features music by The Avett Brothers. The musical will have its world premiere at Berkeley Rep as part of its 2021-2022 season. Performances begin on January 9, 2022. As previously reported, the show, which stars Tony winner John Gallagher Jr., Sands, Wayne Duvall and Enscoe, will be directed by Michael Mayer. With a book by John Logan, Swept Away is set in 1888 when a violent storm sinks a whaling ship and the four surviving souls each face a reckoning. Enjoy the performance below!

Broadway’s A.J. Holmes to Perform Solo Show Off-Broadway Next Month
A.J. Holmes, who has played Elder Cunningham in The Book of Mormon on Broadway, the West End. and Australia for the Melbourne and Sydney productions, is getting ready to tell his story off-Broadway. Yeah, But Not Right Now, Holmes’ new solo musical, will run at the Soho Playhouse beginning September 9. The show follows Holmes’ quest to learn who he really is after finding validation on stage and screen. Holmes is also a co-founding member of StarKid Productions, co-composing the music for the popular A Very Potter Musical and Twisted: The Musical.