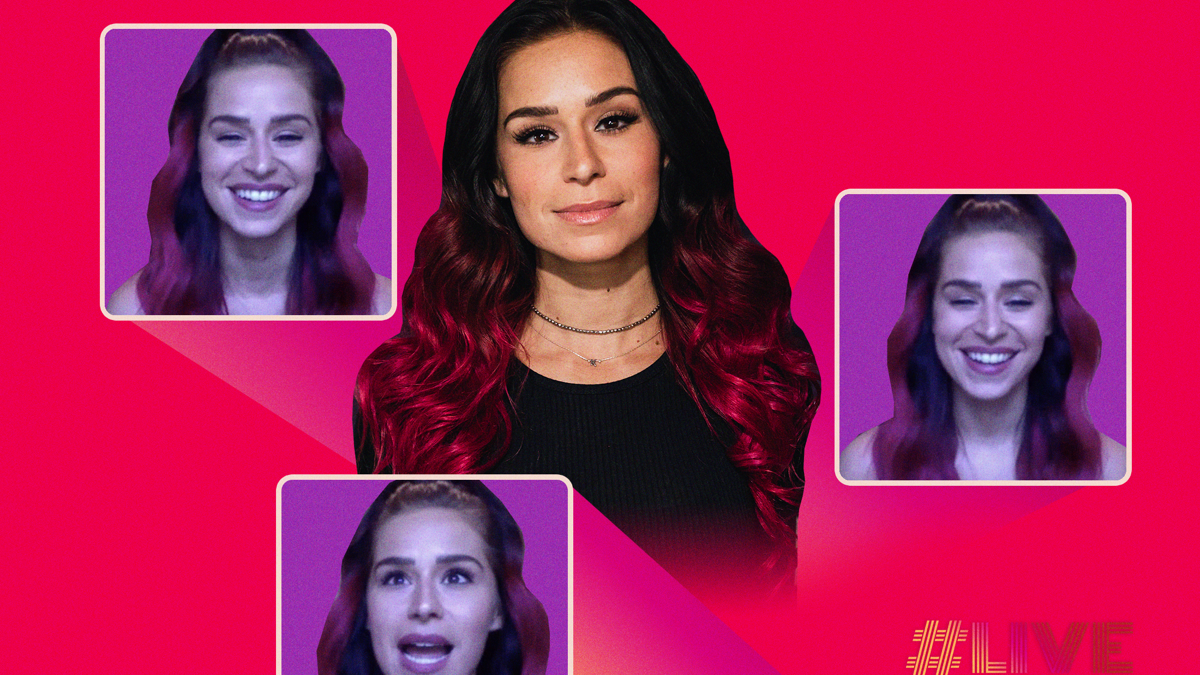 Six star Samantha Pauly was mere hours away from her first Broadway opening night when she got the news that Broadway would be shutting down due to the coronavirus pandemic. Now three months into quarantine, Pauly reflected on her history with the show and shared her favorite moments on a recent episode of Broadway.com’s #LiveatFive: Home Edition. “I do think I made my Broadway debut,” she said to Paul Wontorek. “I know some people don’t count it until opening night, but I had a very emotional first preview because the audience was so wild and crazy. That, to me, was the start. When we didn’t have our big opening and the party it was sad, but it wasn’t as disappointing because in my mind I had made my Broadway debut and been doing it for a month. It’s going to be OK, we’ll be back.”

It’s still uncertain when Broadway curtains will rise again, but Pauly is more than ready to show off her opening night look. “I didn’t cry when I picked out my own wedding dress, but I did cry when I saw this outfit,” she said. “I had my friend Bryce Turgeon, who goes by the name Florence D’Lee for his designs, give me a custom-made look. He does a lot of designs for the queens on RuPaul’s Drag Race, and I asked him if he would make me something Tudor-inspired. When I showed up to his apartment to try it on, I just about had a full on breakdown because it’s so beautiful.”

Pauly has been part of the Six queendom as Katherine Howard since its U.S. premiere at the Chicago Shakespeare Theatre. She also stayed with the production for its runs at the Citadel and Ordway Theatres, but took some time away from the show to go to London to star as Eva Peron in the Jamie Lloyd-directed Evita at Regent’s Park Open Air Theatre. “It was a very stripped-away version where we really just focused on the story,” Pauly said. “It was very raw and dirty. I ended the show every night in a full-on, screaming breakdown.

Throughout her time as Katherine Howard, the fifth wife of Henry VIII, Pauly has been encouraged by the show’s creators, Lucy Moss and Toby Marlow, to make the character her own. “Lucy and Toby were very adamant about all of us bringing our own personality to the character,” she said. “Originally I was trying to play her very sexy and cool and kind of intense. Lucy was like, ‘Why don’t you do Katherine Howard like how you are in rehearsal—weird and screaming all the time and being a total goofball?’ One of the things that I really love about [the character] now is that she’s a culmination of poking fun at how sexy she is but also being ridiculous all the time. It’s my favorite thing about her.”

Hear Pauly talk about which other queen she would like to be for a day and more in the full episode below!