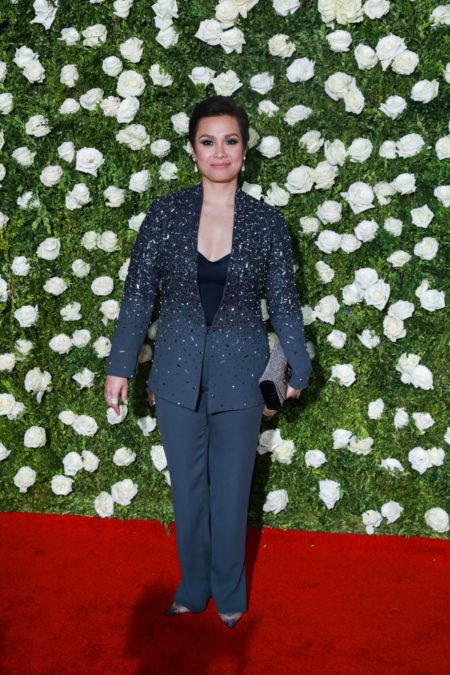 And the gods heard our prayers! Tony winner Lea Salonga will return to Broadway in Once on This Island as Erzulie. Glee favorite Alex Newell is set to take on the role of Asaka. Cats favorite Quentin Earl Darrington and Merle Dandridge will play Agwe and Papa Ge, respectively. The musical, which features a book and lyrics by Lynn Ahrens and music by Stephen Flaherty, will begin preview performances on November 9 at the Circle in the Square Theatre and officially open on December 3.

Salonga earned Tony and Olivier awards for her performance as Kim in Miss Saigon. Her other Broadway credits include Allegiance, Les Miserables and Flower Drum Song. She is well-known for providing the singing voices of Jasmine in Aladdin and Fa Mulan in Mulan. As a concert artist, she has toured globally, performing in some of the world’s most iconic concert venues.

Once on This Island marks Newell's Broadway debut. Newell is best known for playing Wade "Unique" Adams, a transgender student on FOX’s Glee. Darrington is currently playing Old Deuteronomy in the Broadway revival of Cats. He made his Great White Way debut in the 2009 revival of Ragtime. His off-Broadway credits include The Secret Garden, A New Brain, Lost In the Stars and The Roar of the Greasepaint.

Dandridge's Broadway credits include Spamalot, Rent, Aida, Tarzan and Jesus Christ Superstar. On screen, she appears stars in Greenleaf as Grace Greenleaf and has been featured on Night Shift, Star-Crossed and Sons of Anarchy.

Once on This Island follows Ti Moune, a peasant girl in the Antilles who falls in love with Daniel, a young man she saves from a car crash. When he returns to his wealthy family on the other side of the island, four Gods: Mother of the Earth Asaka (Newell), God of Water Agwé (Darrington), Goddess of Love Erzulie (Salonga) and Demon of Death Papa Ge (Dandridge), guide Ti Mourne through a test of her love against prejudice and hate.