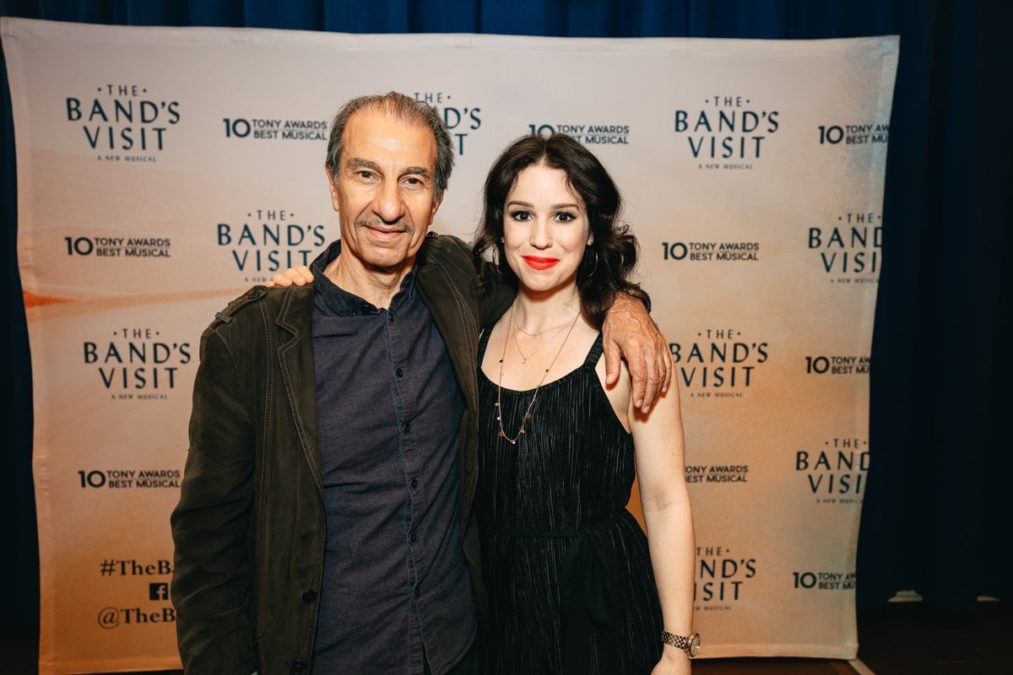 Welcome to nowhere everywhere! The 10-time Tony-winning musical The Band’s Visit is getting ready to hit the road for its first national tour starring Chilina Kennedy as Dina and Sasson Gabay reprising the role of Tewfiq, the role he created in the 2007 film and most recently played on Broadway. Gabay’s son, Adam Gabay, will also appear in the road production as Papi. Featuring music and lyrics by Tony Award winner David Yazbek and a book by Tony Award winner Itamar Moses, The Band’s Visit is based on the screenplay by Eran Kolirin and is directed by Tony Award winner David Cromer. After the group performed “Welcome to Nowhere,” they posed for photos before they begin their journey across America on June 25 at the Providence Performing Arts Center. Check out the pics below and be sure to catch this Tony-winning musical when it comes to a city near you.